We are currently anchored off a small island in Makemo atoll which has a spectacular reef with coral you would not believe the colours of. We are here with another young British couple and have had BBQs on the beach and curry evenings onboard after a hard day snorkeling and exploring. It will be a hard place to leave. Hope to head out to the next atoll in a couple of days time. Click the "where are we link" to see our location.

En route to the Tuamotos

It is time for us to depart the beautiful Marqueasas islands so with our final provision of fresh produce, which are very hard to find until we get to Tahiti, we raised the anchor from Taiahoe bay on Nuka-Hiva and headed SE for Raroia in the Tuamotos islands. I had heard that the Wahoo were running near the islands so I had purchased a special lure with a wire leader and we set it as we departed the anchorage. Sure enough just as we were about 1/2 a mile from he island the line went taught and we pulled in a nice 15-20lb Wahoo. These fish are excellent eating with their white meat and we were glad to have a change from tuna. Jude did an excellent job of filleting the fish on the aft deck in confused seas. We enjoyed a lovely meal of Wahoo, fried rice and Bak Choi for supper. We now have about another 250 miles to go having had a great run with 17-20 knots of wind on the beam with us doing 7.5-8 knots. Fingers crossed it stays like this for another two days. All is well. Current position 12.15S 141.11W Click link to the right to see where we are.

Posted by Sailing Sarita at 8:08 PM No comments:

During the short passage from Hakatea Bay to Taiohae Bay we took advantage of the clear blue water to make some drinking water before anchoring as we knew we would be there for at least a week whist we waited for out autopilot parts to arrive. 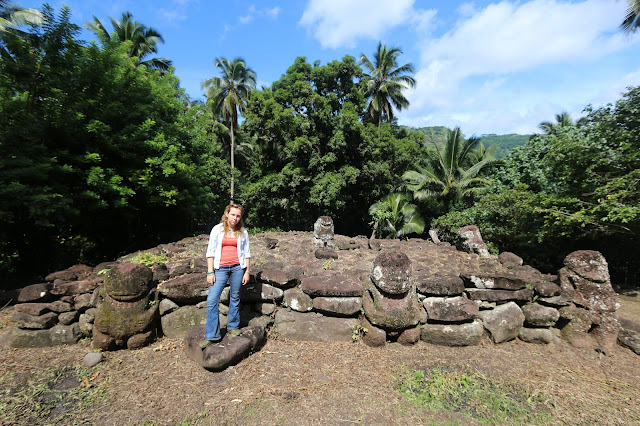 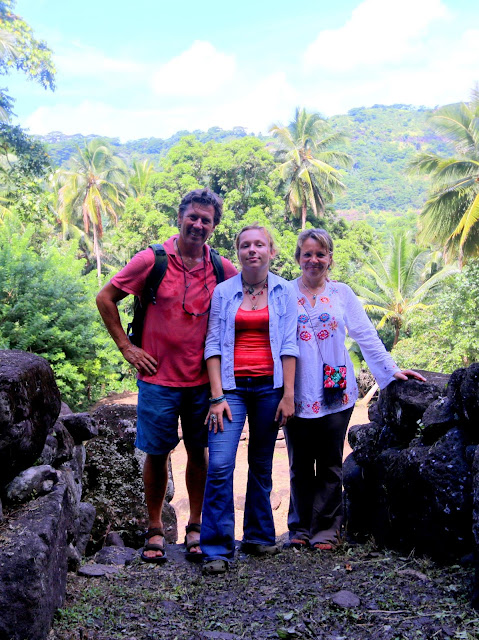 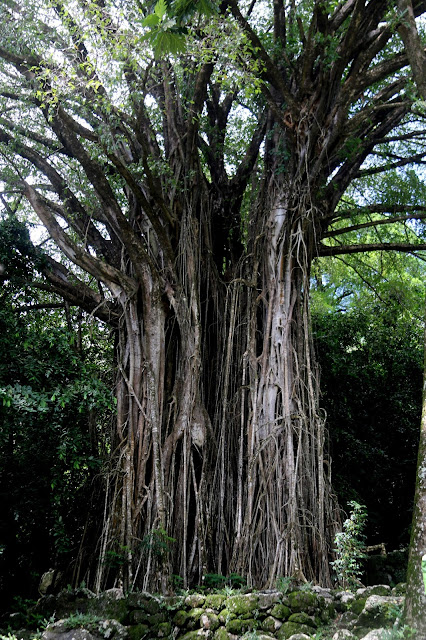 Taiohae Bay is a large bay capable of accommodating many boats at anchor with good holding and plenty of swing room, quite the opposite to Hiva-Oa. It does however get some large swell that rolls through and then refracts back off the shore which make some nights quite uncomfortable, but this does not happen all the time. 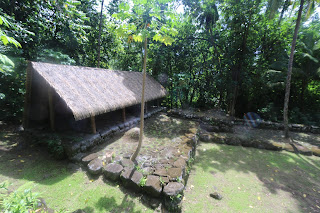 The town has its own concrete dock where you can tie up your dinghy but it can get very busy with over 20 dinghies tied up during busy times of the day. The dock is where Kevin from Nuka-Hiva yacht services has his office and he provides a host of services for cruisers including check in, laundry, filling gas tanks, car hire, boat repairs and much more. 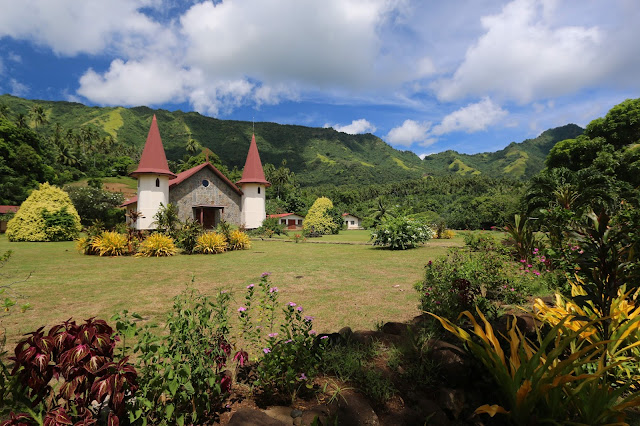 The town is a short walk and has three supermarkets offering a reasonable selection of goods. There is a fresh produce marketplace near the dock that is open all day but they also have early market days for limited produce such as lettuce and tomatoes but you have to get there no later than 4:30am to get some goods. The town also has a bank, hospital and a couple of reasonable restaurants, we actually found that the restaurant in the marketplace near the dock had a good selection and was very reasonably prices, approx. $6-$10 for a good sized main like Marlin with salad or fries or Poison Cru, a local ceviche type dish. 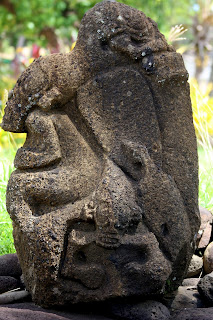 One of the first tasks we completed on arrival in the islands was to order our autopilot parts which would have to come from the US. I decided that I would order a whole new Simrad autopilot system just in case other components failed during the rest of our passage, this would cost quite a bit more than just the failed head unit but given our hand steering experience I thought it prudent. I spoke to Defender and ordered the parts, two of which were not in stock but they anticipated 5 days until shipping and then 5-6 until delivery, subject to French Polynesian customs procedures and charges. We hoped that the package would be delivered in Taiohae shortly after our arrival. With the help of Kevin from Nuka-Hiva Yacht Services who would help us clear the goods into French Polynesia we hoped we would be back to normal soon.

We explored the town, its shops and caught up on emails and news and other boat projects we also caught up with other people that we had met while in Mexico and head their passage stories. 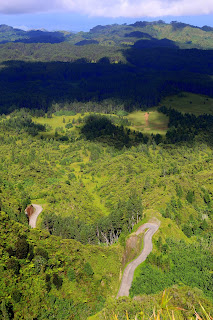 Some friends had recommended a tour of the island by car so we hired a car and shred the costs with David and Gitta from Aros Mear . We set off at about 8:30am and headed across the island to the north eastern bays winding our way up into the mountains and stopping off to see some of the Marquesan antiquity sites and a local beauty spot to have a lunch of baguettes, brie and tomatoes. After seeing the north eastern parts of the islands we headed further up into the mountains and towards the airport. As we climbed higher and higher the landscape changed and we saw plenty of pine trees, eventually we climbed above the clouds so we decided to turn back towards home. It really is quite a spectacular island and sparsely populated.
Posted by Sailing Sarita at 5:01 PM 1 comment: