Australia
We managed to squeeze in one more sail before we departed for Australia for the winter where we met up with David and Stephanie in Reid Harbour on Stuart Island. Our plans to meet up with Ken and Judi on the way to Stuart were thwarted due to my misunderstanding. Never mind hopefully we will catch up with them on our return.

We had a great sail through the San Juans. The place was deserted and it was not raining! We sailed right into Reid harbor and lowered the sails to pick up a mooring buoy which always allows a good night’s sleep. David and Stephanie were already there having cleared customs in Friday harbor a day or so before. We all met up later for supper, the obligatory game of risk – the challenge continues – and had a few drinks. It’s great to see them again before they head off to Kansa for the winter and we go to Australia.

Stephanie very kindly knitted Katya a fantastic woolen Frog Hat, complete with eyes. It was very kind of her to make it. Katya wore it until we left for Aus. 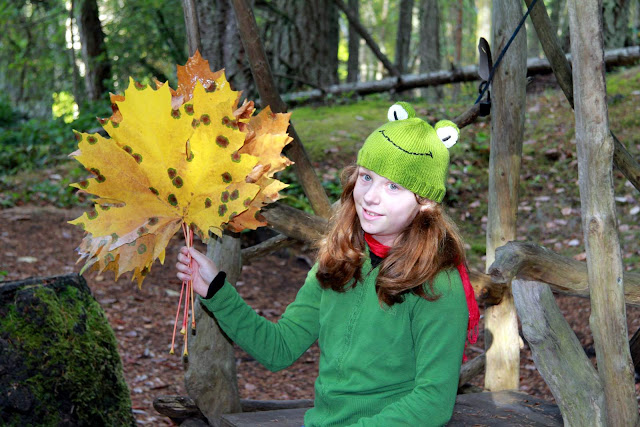 The following day we went for a leisurely autumn walk to the Turn Point light house. All the leaves were turning and the colours were magnificent. We passed the Stuart Island school, both old and new, and did not see another soul along the route. Again we have been lucky with the weather. It was clear day and we stood on a cliff overlooking the border to Canada. 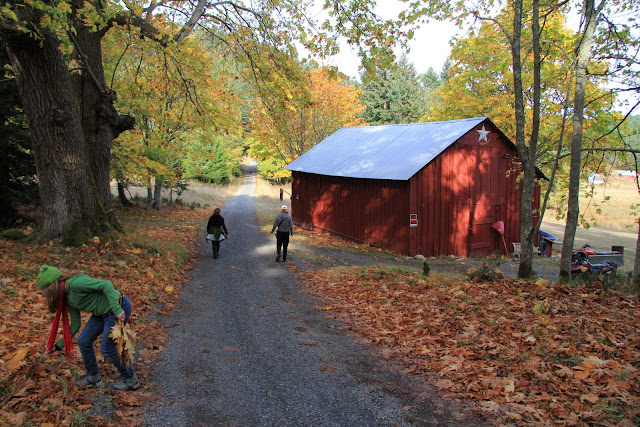 Jude and I were wondering how we were going to satisfy Katya’s desire for a fun Halloween. Being on a boat trick or treating is not really feasible in the Marina. We found out that the local shops on the high street in Anacortes make a big show of Halloween so Katya made her outfit and off we trooped. Katya had a great time and picked up a stack of goodies. Most certainly the highlight was when TC and Kelly, a couple who own a boat near us, very thoughtfully dropped off a bag of goodies for Katya, including a pumpkin pie, a whole stack of sweets and toys including a trick lollypop made of fresh garlic and a toffee apple with a gummy worm inside.

Our final preparations for our departure were nearly over. Some small jobs were completed on the boat including having the water maker tested and pickled. We were very pleased that it still worked and did not have to replace the membranes. The packing commenced and everything that was required (and some that was probably not) for a 4 month visit was squeezed into three rucksacks.

We were really looking forward to escaping the bad weather now. The sun had been very elusive for the past few weeks and we were in desperate need to see it again.

After and uneventful flight to Sydney we were met by the whole of Jude’s family. It was wonderful to see them all again. Also wonderful was the warm weather and a decent shower and a hair cut after 3months growth!

Mike turned 50 on the day we arrived so we helped in the preparations for his birthday party, which turned out to be fantastic. All the usual crowd of friends were there and much fun was had by all, and a few drinks as well.

Since arriving we have been catching up with more friends. Jude has been spending lots of time of time with her parents and I have been trying to get as much swimming in as possible. I have even been jogging a few times. Shock and horror to my system! Who knows I might even get fit as well as well fed. We took Katya to Canberra to visit a couple of great museums. We all had a great time and were very impressed by the exhibits. 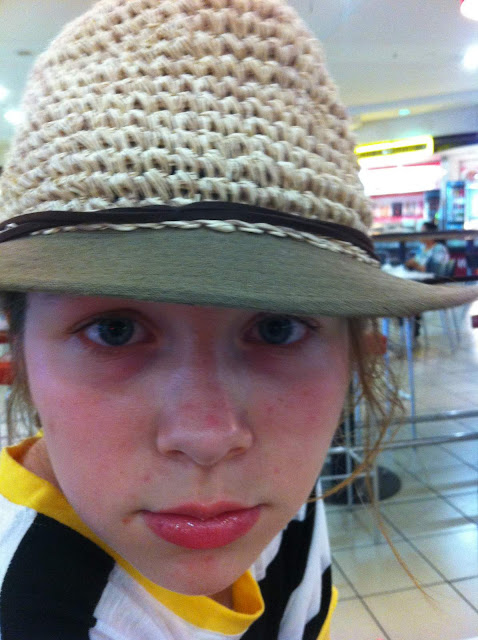 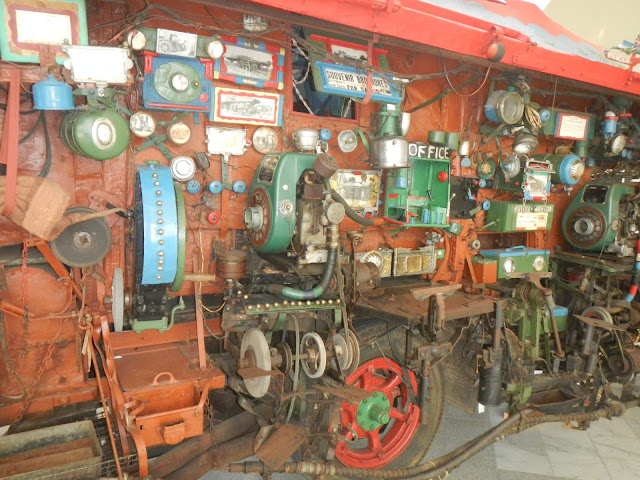 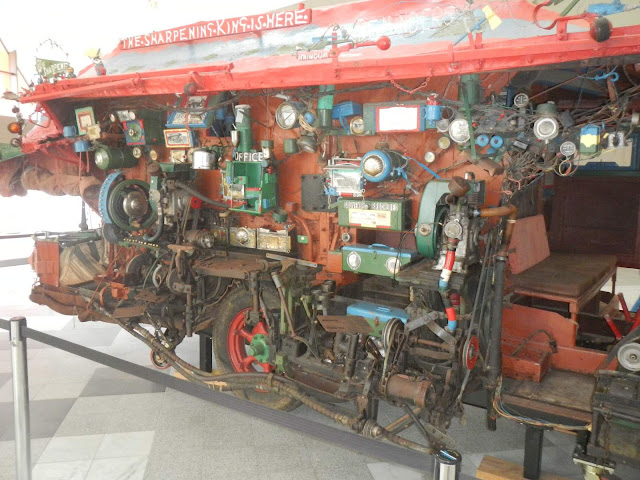 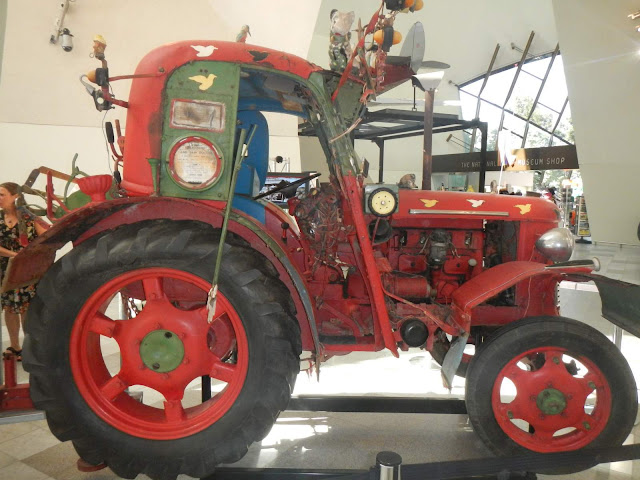 It is wonderful staying with Mike, Irit and the kids. They are so hospitable and I only hope we are not too much of an inconvenience.


Katya decided that she wanted to go to school whilst we are in Sydney. Homeschooling must be getting to her! So we went for an interview at the local public school, which is a stones throw from the beach, and she started the following Monday. Katya is loving it and has made some new friends. She especially likes the uniform which is a novelty as her school in Denver did not require uniforms. 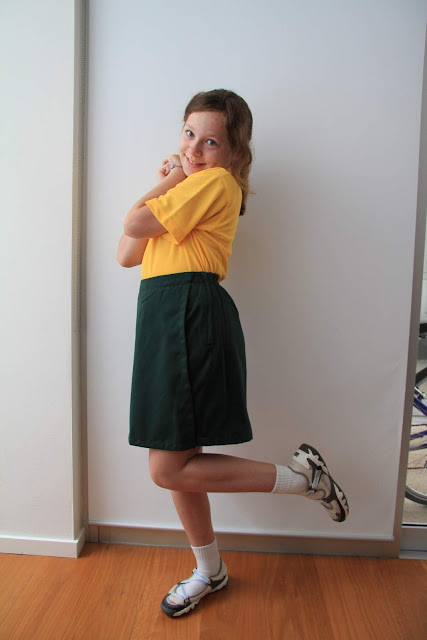 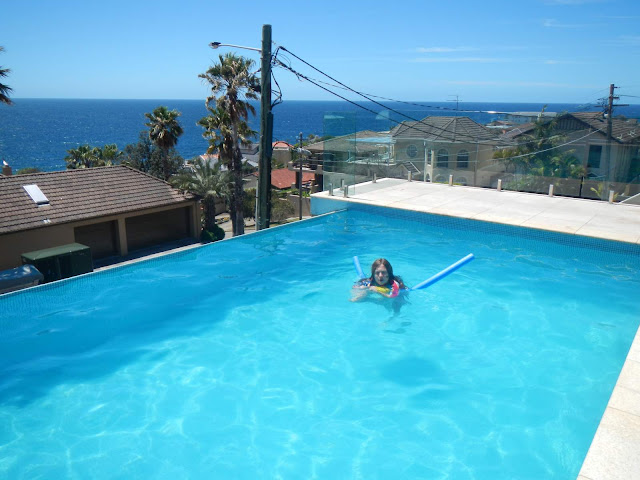