A cruise at Christmas

It has been a long time coming but we finally managed to find the time to take Sarita on a short cruise up the coast and escape the Christmas madness on the water near Sydney.

We chose to head to Broughton island, which is a few miles off the coast near Port Stephens, as it had a reputation for being not only beautiful but also quiet with a couple of excellent anchorages in both northerly and southerly winds and we were not to be disappointed.


We loaded Sarita with provisions on Saturday afternoon and slept onboard at the dock so we could make a dawn get away for the 80nm passage north hoping that the southerly winds forecast would eventuate.

We were up at 5am, checked the forecast- 20-25kts reaching 30kts in the afternoon with 2-3m seas- so it looked like we were in for a nice sail with the wind behind us. 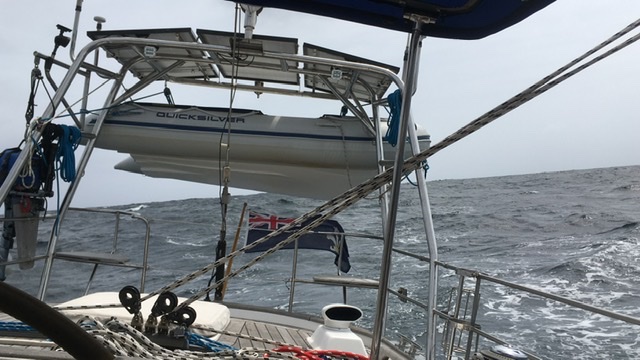 As we left the dock the winds were already 15kts, gusting to 20kts so we unfurled the sails a few minutes after leaving. We had a gentle sail for the first 45 mins as we ran down Pittwater knowing that it would get a bit rougher as we went out to the open ocean. As we past Barrenjoey light house on our starboard the seas built as the wind against the tide made the seas steeper but they settled down as we got about 1/2 mile offshore and pointed north.

The conditions were pretty much as predicted with the winds at about 140 -150 degrees apparent, 20-25kts, with occasional builds to 30kts so we made good speed despite the adverse current of about 1 knot. We had the Genoa fully out and the main with 1 reef, sheeted in to reduce the rolling in the 2.5 mtr seas and not to blanket the headsail. Having been sailing in the protected waters of Pittwater and Broken bay it took a couple of hours to settle into the beautiful rhythm of the ocean.

We decided to spend our first night in Shoal Bay, in a Port Stephens, as it was a familiar anchorage to if we arrived after dark, but we had made good time and rounded Tomaree Head just before 7pm and dropped the trusty 33kg Rocna a few minutes later in a pretty much empty anchorage except for three catamarans. Jude made some supper while Katya and her friend Tabatha arose from their slumber and started a new art project.

The following day the winds were forecast to remain southerly at about 20kts with showers so we decided to stay and relax on the boat and have a look around Shoal Bay. We took the dinghy to the beach and the girls disappeared off in search of op shops while Jude and I took a stroll along the waterfront and had a coffee. We met up later in the Country Club (read up market Pub) where we had an early supper before heading back to the boat.

We did not have an early start the next day as we only had to sail about 9 miles to Broughton Island and departed Shoal Bay at around 9.30 am. The wind was again against the tide/current exiting Port Stephens so the seas were quite lumpy for a while but they soon settled down as we turned north once again with Broughton Island already insight. The winds were now north easterly so we were close hauled in pretty flat seas and sunshine and arrived to Coal Shaft Bay before 11am. 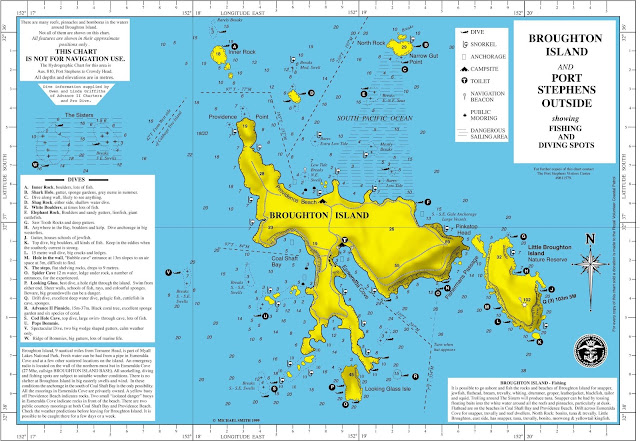 We dropped the anchor in the beautiful bay with clear waters in about 10mts over hard sand. To our immense relief and surprise there was only one other boat in the bay. No doubt they must have wished we had not turned up and spoilt their seclusion. 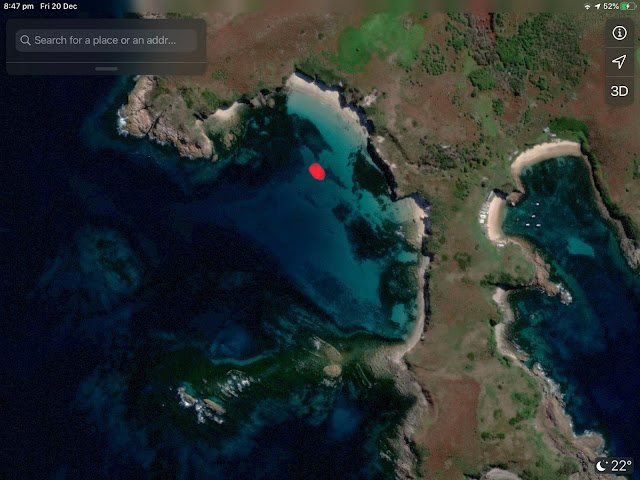 The Island is part of Myall Lakes National Park and uninhabited except for a few small fishing huts in Esmeralda Cove and a small camp site with only 5 sites. The island is an active seabird colony and reminded us a lot of Isla Isabella in Mexico although the anchorage here is better.

We all enjoyed relaxing away from the hustle and bustle of Sydney, reading, swimming, kayaking and beach combing and I believe this is our 6th Christmas onboard Sarita, the first being in Victoria, Vancouver island in 2011. 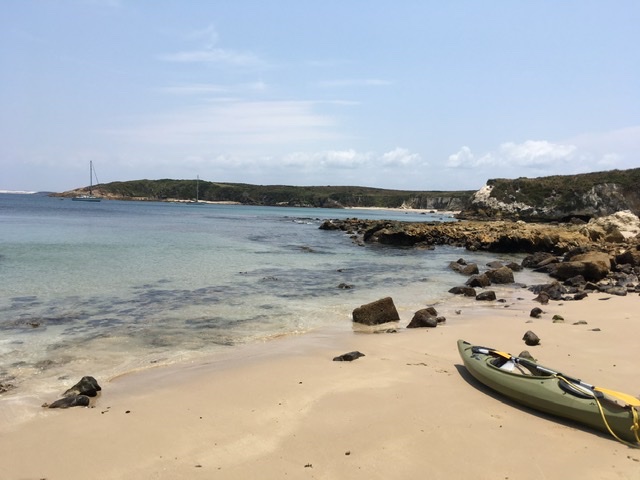 We departed the island just before dawn on the 27th December with forecast winds of 10-15 kts from the NE building to 15-20kts in the afternoon. We motored for the first 3 hours until the wind built enough for a down wind sail. We decided to try out our new gennaker which worked superbly giving us 6-7 knots in 10-12 knots apparent albeit with just under a knot of southerly current helping us along. The seas were only about 1m or under so it was a very pleasant sail.

As we approached Broken bay we decided to furl the gennaker (Facnor FX continuous line) so I went forward while Jude blanketed the sail with the main and eased the sheet. All went well until the shackle holding the furler to the bowsprit gave way (not sure why) and then all hell let loose. With the sail not attached at is base the furler shot into the air very quickly. I still had hold of the furling line which zipped through my hands before I knew what was happening and the furling line caught around my leg lifting me into the air as the sail started to rapidly unfurl again. Luckily I managed to hold on with one hand and free my leg with the other before I was lifted overboard. Now we had a wild and uncontrollable sail flailing about with a heavy furler on the lower end and the sheets snaking about on deck one of which caught around Jude’s leg which she managed to free before she to went overboard. This is a reminder of how things can go pear shaped pretty quickly. Both of us could have easily been overboard with the boat heading south. Jude has a massive bruise on her leg from where the rope wrapped around it and I have some nasty rope burns on my hands. It took us about 5 mins to get the unfurled sail back onboard and into the sail locker. Now to work out why the furler shackle gave way and refine our furling procedure.

Posted by Sailing Sarita at 4:03 PM